The island of sunshine and lavender is a popular tourist destination in the Mediterranean. The privileged natural conditions and adequate historical reasons have made areas of the Island of Hvar some of the very interesting parts of the Adriatic coast. Only an island can offer such a wonderful joy of life which emerges from the smell of herbs, earth, stone, and sea and from every grain of sunlight. It seems as if the sun found its home on this island.
You do not need to navigate far away in order to experience the fullness and grandeur of life,as it is sufficient to navigate from basin to basin on the Island of Hvar. The Island of Hvar is proof that even the wildest dreams can become reality and that reality can seem like a dream.
When you are on the Island of Brac, do not miss the following: 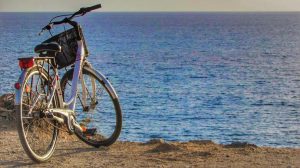 Although Hvar has many well-developed sports activities, cycling is the most widespread. The island is suitable for cycling thanks to its configuration, flat and mountain trails and paved roads or gravel road. Also, there are many places where you can rent a bike if you did not come with your own. There are six bike routes that start and end in the same place; two from the Old City, one from Hvar, Jelsa, Poljica and Dugi Dolac. 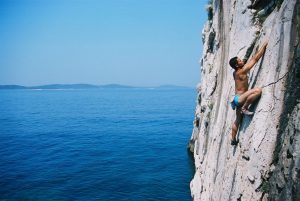 The central part of Hvar is a mountain area, a favorite one and not too demanding. The island is marked about 110 kilometers of attractive paths along which there are classic mountain lodges for recreation and relaxation. The highest peak, St. Nicholas has 628 meters. Free climbing is also developed: Suplja stina near Sveta Nedjelja, Velika Stiniva and locations in Strasine and Milna. Of course, fun at the sea is also represented: windsurfing, kayaking, water skiing and deep water soloing. 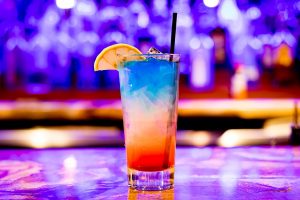 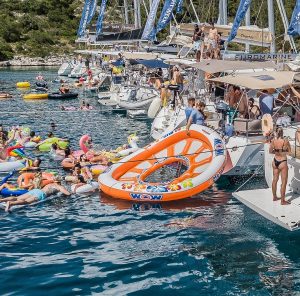 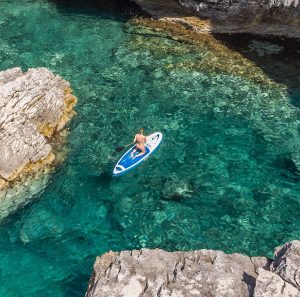 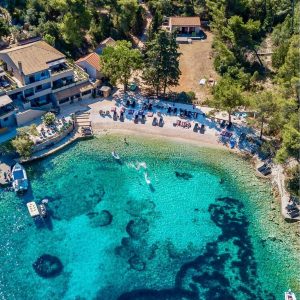 The Town of Hvar

It is a central location on the island of Hvar, which is now an important tourist destination with a centuries-old tradition of organized tourism. The Town of Hvar, just like many places on the Adriatic coast, is attractive due to its numerous cobbled, narrow streets that are here called “kale”. Walking through kale provides pleasure and an authentic experience of the Dalmatian architecture. 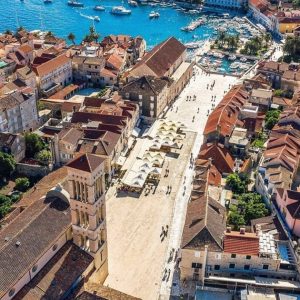 How to book
Sitemap